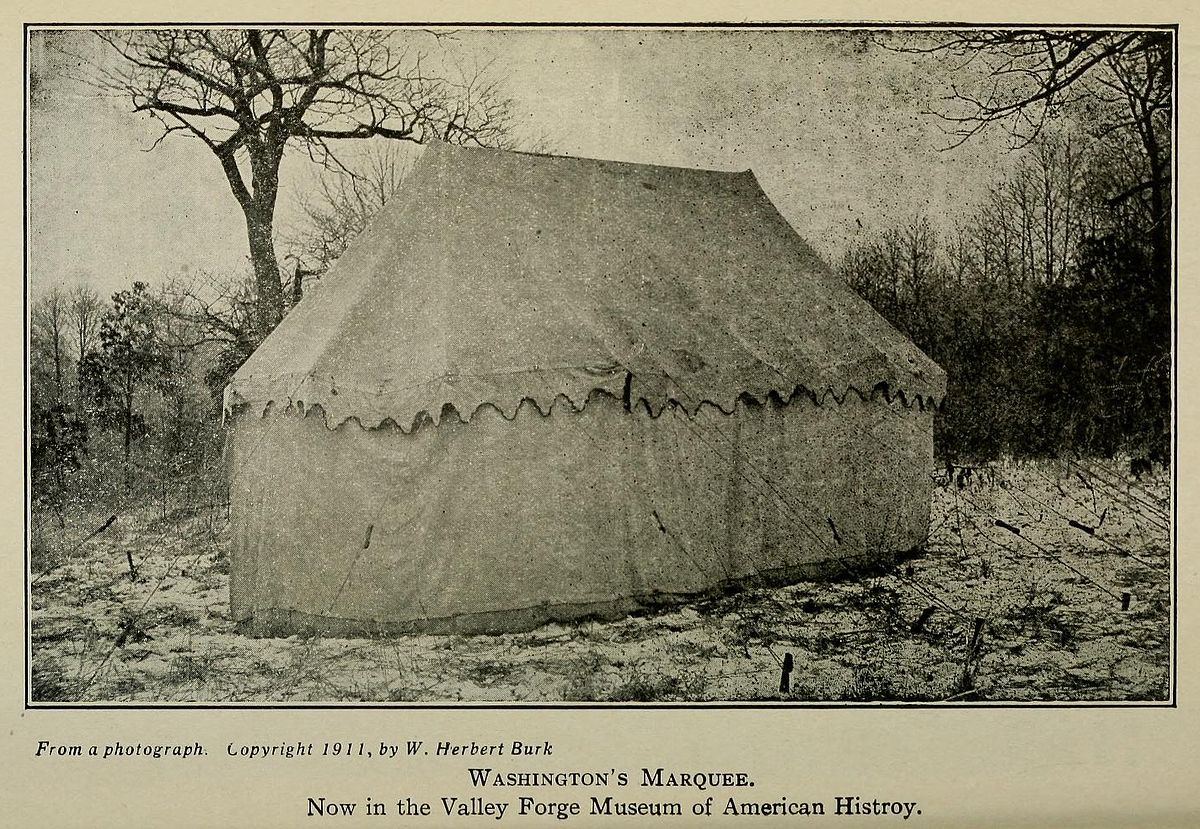 Like many historic fiction writers, I love the hunt, the research that pays off in details that allow readers to learn about our country’s past.

When the reviews came in for the first book in my Revolutionary War time-travel series, ONE IF BY LAND, TWO IF BY SUBMARINE, I was delighted when readers noted the historic accuracy.

Schnabel pays attention in the book to details particular to that period, such as equipment, weapons, and even personal details like hygiene and dressing which indicates in depth research while making sure not to take away from the fictional component of the novel.

I’m currently working on book two, SARATOGA, and once again on the hunt. I thought I’d share with you the process as it unfolds for one of a hundred details that will make their way into this story.

My main character meets with British General Burgoyne at his headquarters at Saratoga just before the battle. To make this scene as accurate as possible, I’ve been on a quest for clues to his living quarters during October, 1777.

Lots of research. No results. But like the Continental army, I persevered.

Then one day I came across an old map at the British Library.

Who were the Swords? What kind of house?

Which led me to the SARATOGA COUNTY, NEW YORK historic records.

Turns out, Thomas Swords’ family, logically enough, were loyalists with their own curious history.

This family may make a cameo in SARATOGA, but in the meantime, I wanted to make sure I had my house – a.k.a. British headquarters. So I contacted the fabulous rangers at Saratoga National Historical Park to confirm Burgoyne was headquartered at the Swords home in October:

Houston we have a problem – did you notice those dates?

I STILL needed to know where he was during the Second Battle of Saratoga – in October, 1777. Jumping ahead a few steps, the rangers at Saratoga National Historic Park said General Burgoyne would have been headquartered in a tent during this period. And it would have been a tent similar to what American General George Washington would have used.

But what kind of tent did Washington use? It turns out I wasn’t the only one curious about this.

I soon learned another history detective was on his own hunt. Jennifer Schuessler‘s fascinating article in The New York Times provided the next set of clues. See article here: https://www.nytimes.com/2017/11/15/arts/design/washingtons-tent-a-detective-story.html

Late one night last spring, Philip Mead, the chief historian at the new Museum of the American Revolution in Philadelphia, was browsing auction listings online when he spotted one for a panoramic watercolor of the Continental Army encamped in the Hudson Valley.

“There was a marquee tent up on a hillside,” he recalled. “I thought to myself, ‘Could it be…?’”

Apparently, it was. And now, six months after that “Where’s Waldo?” moment, the museum is announcing that it has acquired what it believes is the only known wartime depiction of Washington’s tent by an eyewitness.“

“We have no photographs of this army, and suddenly here is the equivalent of Google Street View,” Mr. Mead said. “Looking at it, you feel like you are walking right into the past.” https://www.nytimes.com/2017/11/15/arts/design/washingtons-tent-a-detective-story.html

One mystery solved. When my character, Kep Westguard, meets with General ‘Gentleman Johnny’ Burgoyne in SARATOGA, I can now describe his headquarters with some accuracy.

But what did the INSIDE of that tent look like? And what was the general wearing???

People really DO judge books by their covers. They must find something in the artwork that speaks to them as readers, that evokes emotions and hints at a story they’d want to read. Ricky Gunawan, the cover artist for ONE IF BY LAND, TWO IF BY SUBMARINE, recently won Cover Wars from authorshout.com and kindly took the time to answer some questions about his work as an artist.

1.  What challenges do you face as a cover artist?*

The challenge so far is to maintain the quality of my illustrations and to create distinct covers for each client that help to evoke their unique stories.

Mostly I get the ideas from a lot of media: films, comics, photographs, movie posters or other artists’ illustrations. But  some of the   great  ideas come from the writers themselves.

3.  What is your working process?  Do you work at cafes or need to work in a quiet environment?*

My working process is very simple. I do some sketching based on the ideas we’re brainstorming then show it to clients. And once they approve the sketch, I begin to paint. I do the entire process in my home. I’d rather work in my own place than at the  cafe, so yeah, it needs to be a quiet environment.

4. How long does it usually take to complete a book cover?

Usually less than a month. Two weeks on the fastest.

5. Who are some of your favorite artists?

I don’t want to sound like an apathetic person, but I really don’t have a favorite artist. There is artwork I adore, but I don’t know the artists’ names, though I really love my wife’s father’s photographic works. I regret that he passed away several years ago, but I learned a lot from him.

6.  What book covers currently are some of your favorites?

My favorite covers from my portfolio? I have several (see attachment). As for other artists, I really like Mario Puzo’s The  Godfather cover art and Bram Stoker’s Dracula, both the book cover and the movie poster. It’s very iconic and with only minimalist  design, they pierced the message in to my brain.

7.  What role do you feel artists have in society?

Artists are the foundation of human culture whether they are visual or audio artists, they are shaping how the world is running.  You will see works of art in every part of our surroundings. Book cover art is not only for entertainment, it pulls a reader into a story. It’s very important.

8.  How did you get started in drawing?

I drew as a hobbyist since my childhood. And started drawing professionally ten years ago when I realized I needed to make money from my hobby. I made the covers for a children’s book series as starter.

9.  What advice do you have for people who would like to become cover artists?

There are a lot of amazing book cover artists out there and there are a lot who have even better skills than I do, but somehow I can survive. I’m still in the process of doing it. I’d recommend the following: try to be different, stay focused, be yourself and learn from other artists but stop idolizing them. When you idolize someone, you will try to be like them and maybe in several years you can copy their styles, but then you realize that you’re not alone. There are others like you doing exactly the same things as you. So it’s better to just find your own style and be persistent.